By Marraum Architects on January, 26 2018
Back to main Blog

EXPLORING IMMERSIVE TECHNOLOGIES
A ROOM WITH A VIEW
IF YOU GO DOWN TO THE WOODS...
MARRAUM AGAINST MICROPLASTICS
IN AT THE DEEP END
YALLAH COFFEE

Marraum's combined love of food guided us on this team day, which took us into Falmouth and into the kitchen of The Ope to learn about Korean food.

We also had time to have a go ourselves. We started with making Kimchi, which is a great way to preserve food — a strong flavour and definitely one to try. After this we had a go at traditional Korean dumplings, which were a hit for everyone. 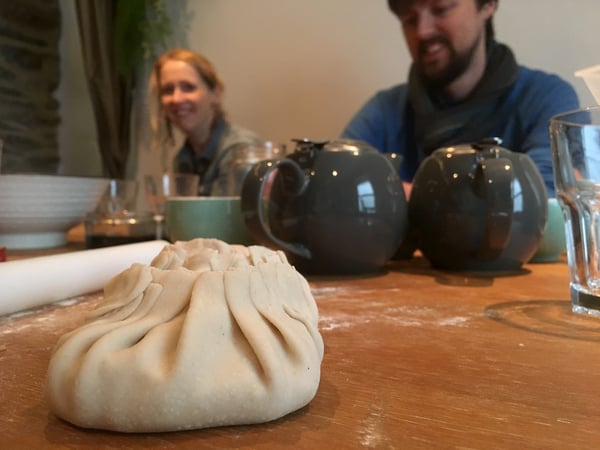 Once we had all had a go we were served the real deal.

Dumplings - kimchi and glass noodle or pork and spring onion

Kimchi – traditional Korean side dish made from salted and fermented vegetables

Noroongji – is the thin crust of slightly browned rice 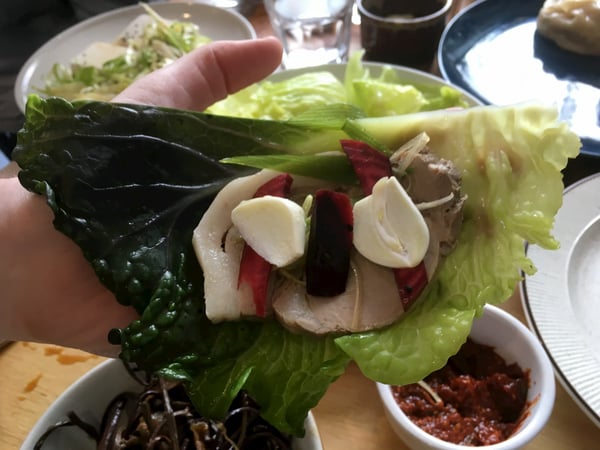