By Marraum Architects on October, 27 2017
Back to main Blog

EXPLORING IMMERSIVE TECHNOLOGIES
A ROOM WITH A VIEW
IF YOU GO DOWN TO THE WOODS...
TRADITIONAL KOREAN COOKING
IN AT THE DEEP END
YALLAH COFFEE

Nick Cattaneo, our Architectural Technician, arranged a team day doing something close to his heart. We worked alongside Surfers Against Sewage to clean up one of our beautiful local beaches... 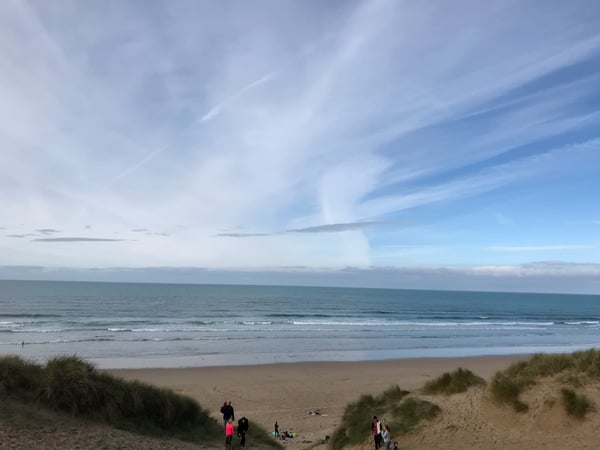 Surfers Against Sewage (S.A.S.) have been working since 1990 to create safer, cleaner beaches. With the help of its organised cleans, arranging a beach clean and working together to make a real difference is easier than you might think.

Nick’s daughter is one of 125 regional reps volunteering with S.A.S, raising awareness of the issues the charity are fighting against as well as arranging beach cleans in the Dorset area. He and his family are all very active in water-based sports, meaning the beaches are something they hold very dear.  Nick wants to promote the work that S.A.S are doing and spread the message to protect the environment.

Nick spoke with Pete, Jack, Jacey and the head office crew to arrange for us to go to Penhale Sands beach and do a Marraum beach clean. It might not instantly be something you think of as fun, and in fact afterwards we all said how it made the issue of waste and rubbish being poured into our oceans all the more real. The day itself, was absolutely stunning. Clear skies and warm enough to enjoy the gorgeous beach at Perran without the need for a coat, all whilst making it a nicer place for its future visitors. We started off the day at the headquarters for S.A.S, where we watched a video about the efforts of beach cleaning in a surfing community in India. We also saw the many types of promotion that the team at S.A.S have in place to inform the public about their mission, including a future campaign with schools that will be vital in continuing their work for future generations. 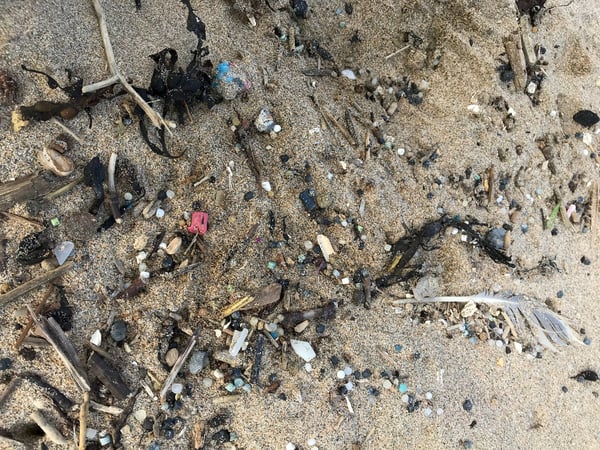 We were very active in collecting as much rubbish as possible when we got down to the beach via the sand dunes (after an energising cup of coffee and a doughnut from Nicks VW Camper). We found wrappers and plastic bottle caps, lots of fishing rope and net, cotton bud sticks, plastic straws and many, many lentil-sized pieces of micro-plastics known as ‘nurdles’ which are mistakenly eaten by fish and birds. Once you’ve learnt to look for them, you'll be shocked to see how many you find on your local beach.

12.2 million tonnes of plastic enters the marine environment every year, of which almost 1 million tonnes is made up of micro-plastics from things including tyre dust, pellet spills (nurdles) and cosmetics. Cosmetics manufacturers are starting to ban micro plastics from their products, but there are many major brands still using them. There are apps you can install on your mobile phones to check - ‘Beat the Microbead’ being one of them.

Microbeads are commonly found in facial scrubs and toothpastes as the exfoliant particles, but are also in foundation, nail polish and lip glosses. They go directly into our waterways and absorb toxins from the oceans, which are then eaten by marine life and can even end up on our plates. A single microbead can absorb enough toxin that it is a million times more toxic than the water around it! The UK aims to ban microbeads by the end of 2017 but this is something that needs to be done worldwide. 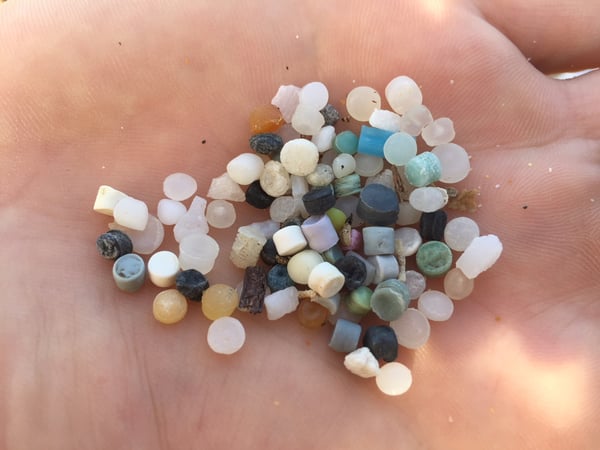 After completing the beach clean the team went for lunch at a local restaurant and all agreed that not only had it been a lovely day at the beach, but that we were all shocked by how much rubbish was on one stretch of sand. We are all inspired to continue the work of S.A.S and do a #minibeachclean whenever we go to the beach in the future. Marraum is excited to have joined the ‘SAS 250 Club’, supporting them to create cleaner, safer coastlines.

By 2050 there will be more plastic than fish in the ocean.

The timing was perfect as it coincided with the S.A.S 2017 Autumn Beach Clean series when over 350 beach cleans took place, more than 12,300 people took part and removed and estimated 34,000Kg of marine plastic pollution. 11450 single use plastic bottles were collected and recycled. This sounds impressive, but we could all do more in our own time to increase these figures and do whatever we can to make our oceans safer, not only for the people that visit them, but the wildlife that lives in and around the coasts that are affected by the volume of rubbish and sewage pollution humans dump into the seas everyday. If we all took at least one carrier bag, and filled it with rubbish every time we went to the beach, we could make a huge difference to the quality of our beaches and oceans.

S.A.S have placed several ‘Beach Clean Boxes’ throughout the South West alone, and these are here so we can simply pop any collected rubbish into them so it gets disposed of properly. Since the start of S.A.S, 98.5% of UK beaches meet the minimum bathing water standards, back in 1990 this was just 27%! Surfers Against Sewage are making a real difference and this can only get better if we all pitch in to preserve our stunning coastline and the oceans for our children and the future of marine wildlife. 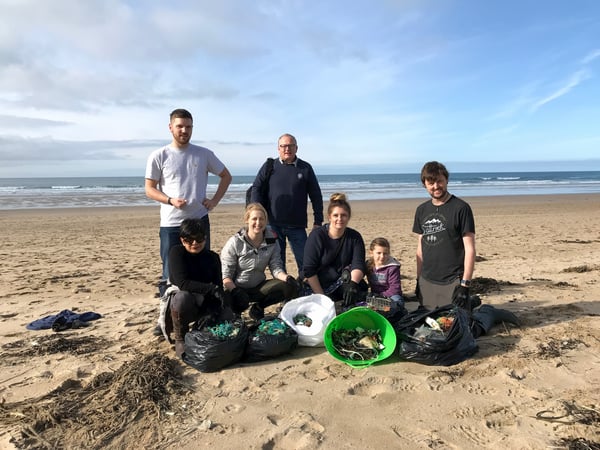