By Märraum Architects on December, 11 2018
Back to main Blog

HOW VR IS MORE NECESSARY THAN EVER FOR ARCHITECTS
VR WALKTHROUGHS THAT WILL INSPIRE YOUR NEXT BUILD
HOW 3D ARCHITECTURE CAN HELP SELL YOUR DEVELOPMENT
A BEGINNER'S GUIDE TO CAD ARCHITECTURE
HOW VIRTUAL REALITY CAN TRANSFORM ARCHITECTURE
WE'VE BEEN SHORTLISTED FOR A NATIONAL AWARD
HOW MUCH DETAIL DO I NEED FROM MY DESIGNER?

Using VR Technology in architecture not only provides the designer with a complete 3D representation of the concept they're working on. It also gives the client a platform to walk through their future home before it moves on to the planning stage. 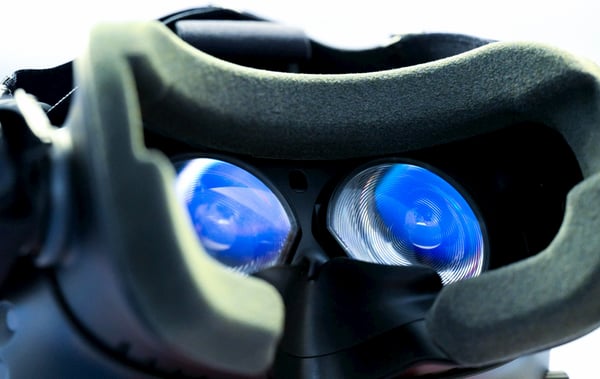 Client Sarah Wright knew about the VR capabilities at Märraum Architects in Penryn and asked if they could assist in redesigning a log cabin home with a design layout that didn’t work for her.

Here are her comments after the concept had been drawn up in Archicad and put through the VR for her and her husband to view:

“We recently went to visit Adam at the Märraum offices and had an amazing experience whilst working with him to redesign the wooden house we are going to build.

"Initially Adam was able to get the current floor plan up on screen and move rooms and windows about at will, so we could view various alternative options for the interior layout.

"He came up with a somewhat radical suggestion of creating a mirror image of the current layout, allowing more sunlight into the house and working so much better than the original layout. Viewing it as a flat plan on screen and using the BIM technology was all very well, but it was still hard to imagine what the rooms were really like - especially things like the feel of the room sizes and where the windows were when you were actually in a room. 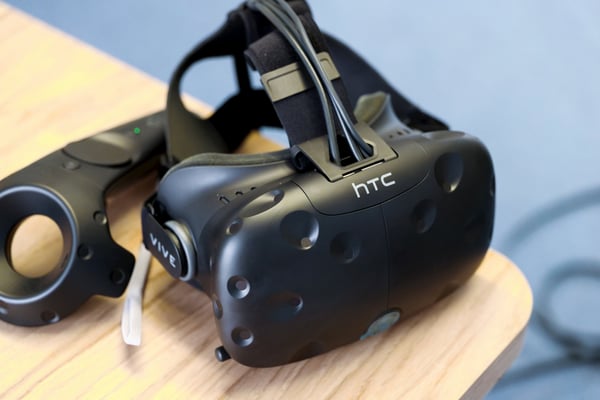 "Adam added all sorts of bits of furniture as we suggested what we might put in the rooms, so we could see exactly what would fit. There seemed to be a huge range of furniture to choose from within the Archicad library and we were able to put pretty much what we wanted in all the rooms.

"He then changed the interior of the house so it reflected the wooden build and was lined with timber panelling and floorboards. Although this did give a much better impression of the house it was still hard to visualise it in three dimensions.

"This was when the VR element came into its own. We donned special headsets and were immediately inside our house and able to move around the different rooms at will. Never having seen anything in VR before this was a completely new experience for us and we couldn’t believe how realistic it was. It felt like you were inside the house and I was able to get a real sense of how it would be when finally built.

"The programme was sophisticated enough to show light coming through the windows and how the shadows would be cast on the floor, also the wooden clad walls looked great! A couple of times I did accidentally walk through a wall which was a little disconcerting, but it was easy to get the hang of how it worked.

"Because I use a wheelchair Adam helped control my ‘walk’ around as I couldn’t move so freely in the wheelchair myself. I particularly liked being able to look up and see the height of the ceiling, especially where in the main living room we had a view right up to the rafters. If anything didn’t seem quite right it could then easily be changed on the plan and you could go back in VR for another look.

"Actually Adam had done such a good job that we didn’t need to make any further changes and from what had been a very standard and boring layout we now had exactly what we wanted inside the house, with no wasted space and plenty of room for storage. In fact, in the morning the meeting had started off with Adam asking us quite simple questions like where we intended to store the vacuum cleaner and hang our coats - with this sort of questioning it soon became apparent that we hadn’t actually thought any of this through.

"My recommendation would be don’t build a house until you’ve had a chance to see it in VR and then you really know whether you’ve made the right decisions about everything!”

To try out the first stage of VR in your own home, download our new Virtual Showroom and get yourself a pair of google glasses. Or get in touch to find out how we can help you see your project in the way Sarah did.

HOW VR IS MORE NECESSARY THAN EVER FOR ARCHITECTS

VR WALKTHROUGHS THAT WILL INSPIRE YOUR NEXT BUILD

HOW 3D ARCHITECTURE CAN HELP SELL YOUR DEVELOPMENT

A BEGINNER'S GUIDE TO CAD ARCHITECTURE

HOW VIRTUAL REALITY CAN TRANSFORM ARCHITECTURE

WE'VE BEEN SHORTLISTED FOR A NATIONAL AWARD

HOW MUCH DETAIL DO I NEED FROM MY DESIGNER?

At Märraum we bring more to your space – and take your story beyond its walls. From private to commercial, contemporary to restoration, start your adventure with a different kind of architect practice in Cornwall. Get in touch and discover how you can bring your own story of space to life.